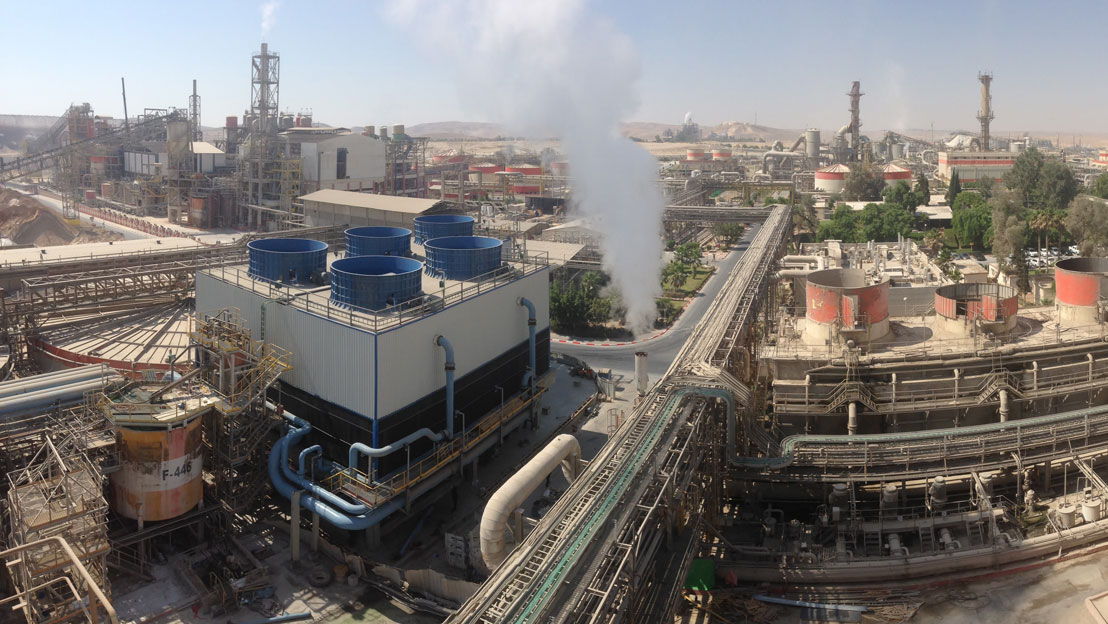 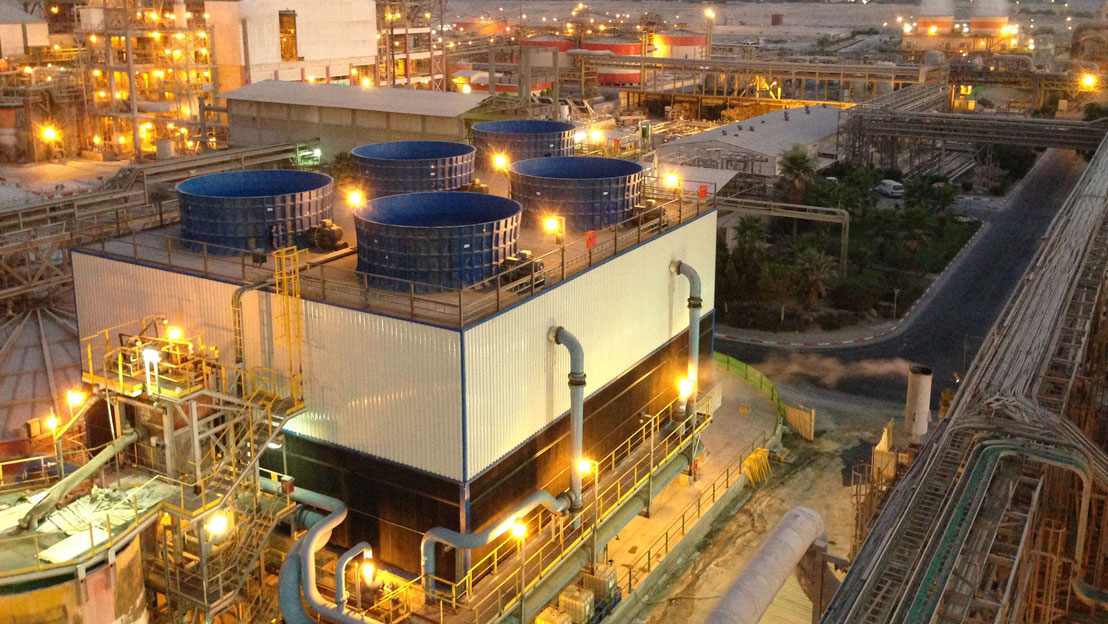 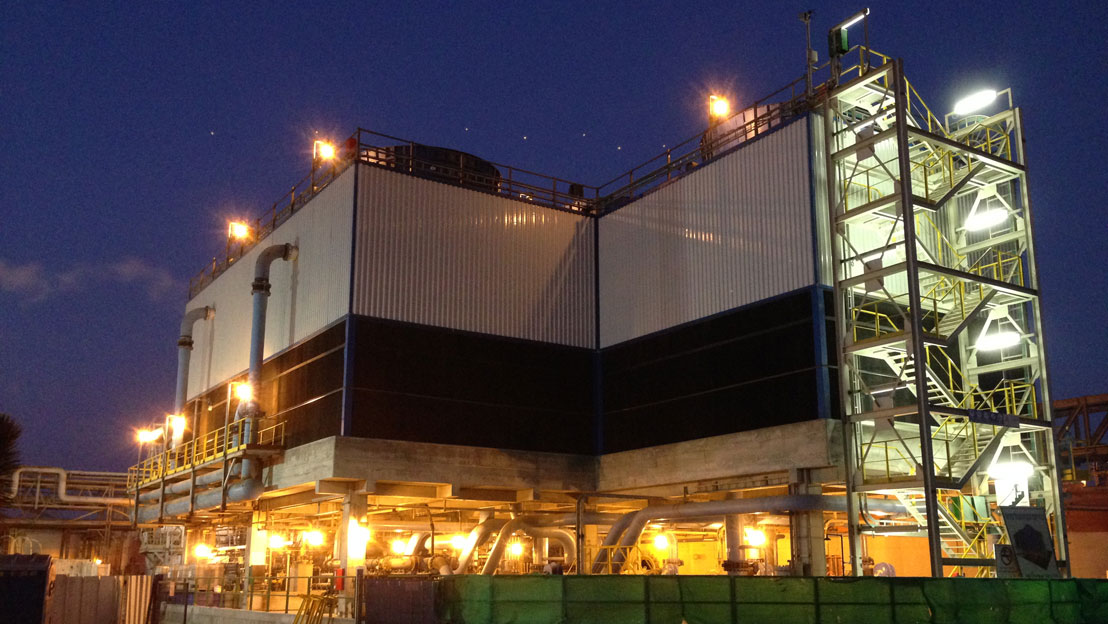 Rotem Amfert asked YWCT to replace an old cooling tower that had operated for decades in its white acid production facility.
The challenge was to erect a new cooling tower without halting production at the facility.
YWCT partnered with Ludán Engineering, And together we took upon ourselves turenkey execution of the project.Due to a severe shortage of construction space in proximity to Agan, the cooling tower erection was planned atop a raised pool, under which the pumps, piping, filter, and water treatment system were positioned.
As part of the project, electric control boards, piping, concrete work, and a pultruded fiberglass water treatment system were supplied.
Timetables were tight, but despite labor strikes, deadlines were met. On the appointed day, the old tower was disconnected and in three days the new tower was up and running.