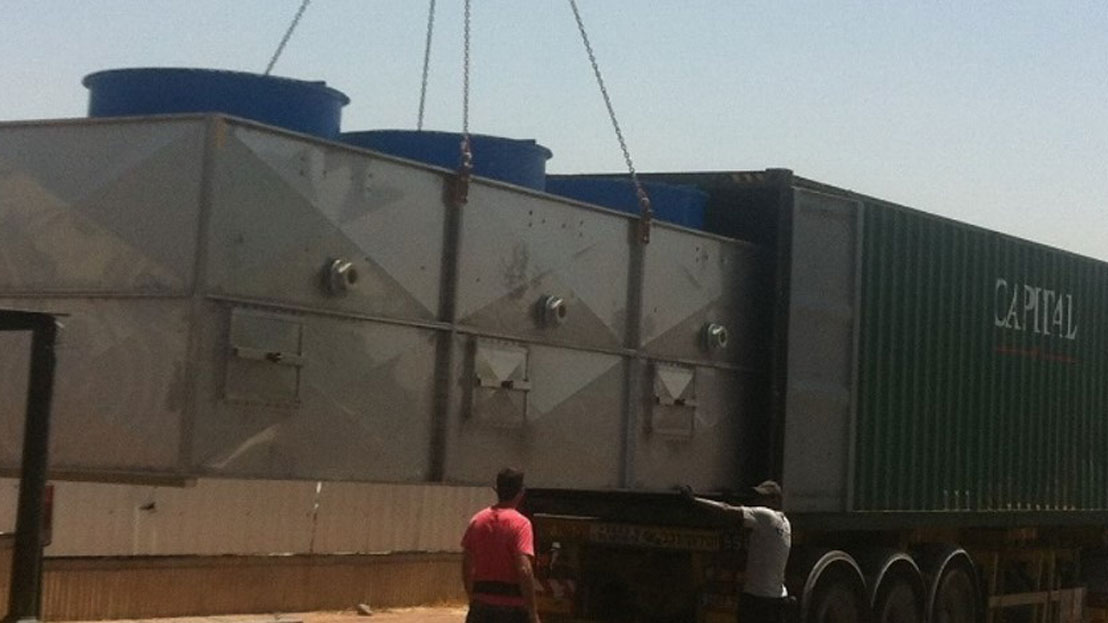 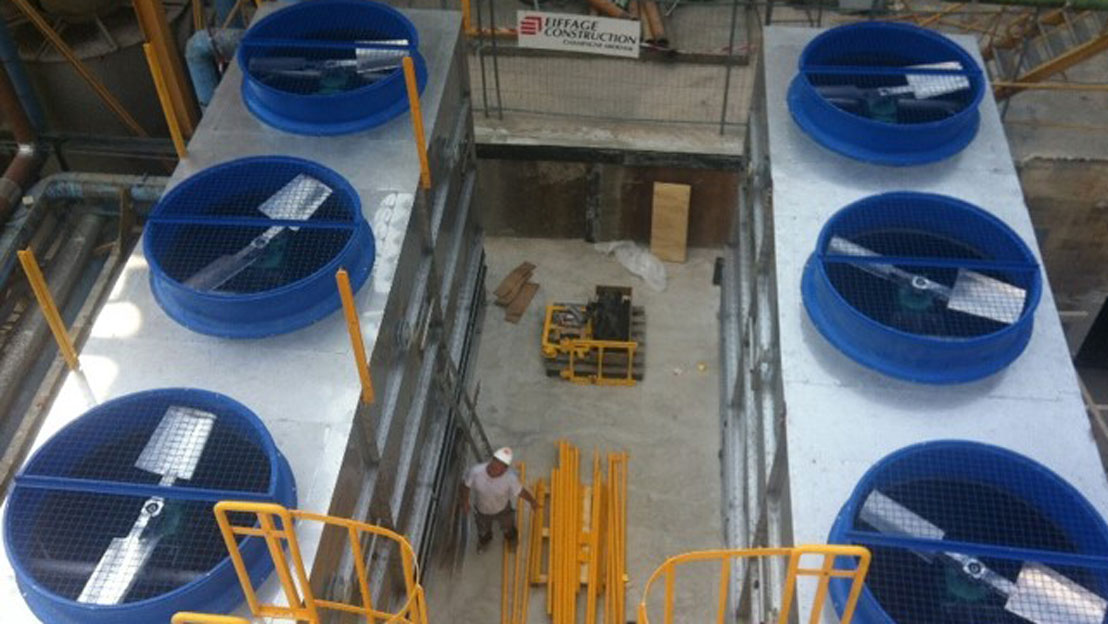 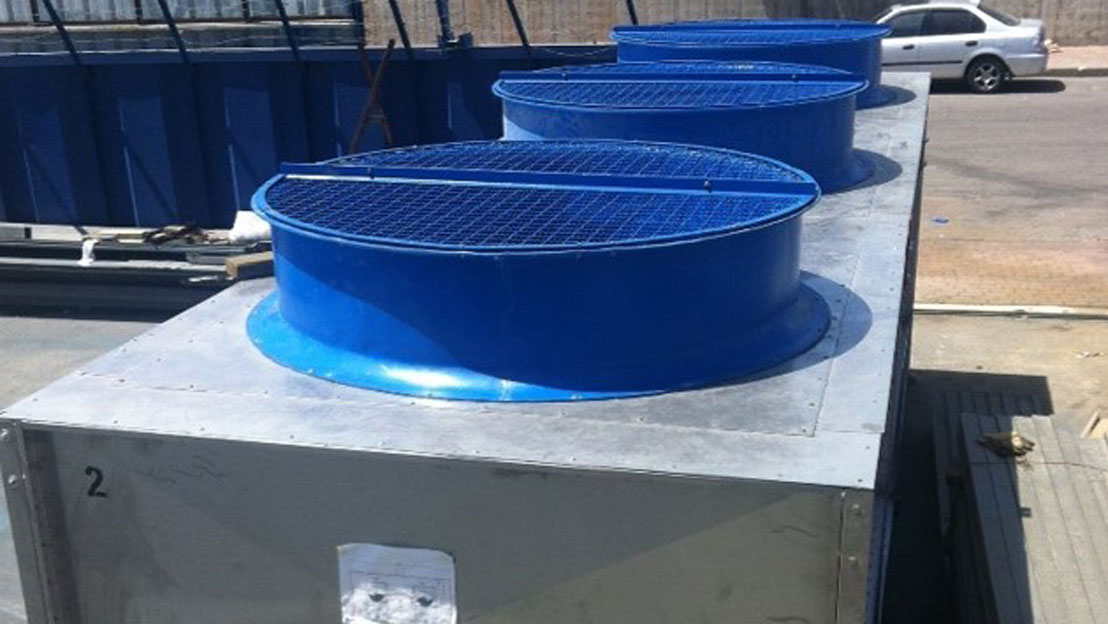 The tower was constructed of 316 stainless steel, a water dispersal system, fill, and installed polypropylene drip stoppers, as well as special additions demanded by the client, such as ladders, safety railings, and electric motors chosen by the client.

The tower, which comprised two modules each containing three centrifugal nozzles, was sent to France in four containers, and installed at the refinery under our technical supervision. The towers were assembled and activated at the site to the client’s high satisfaction.