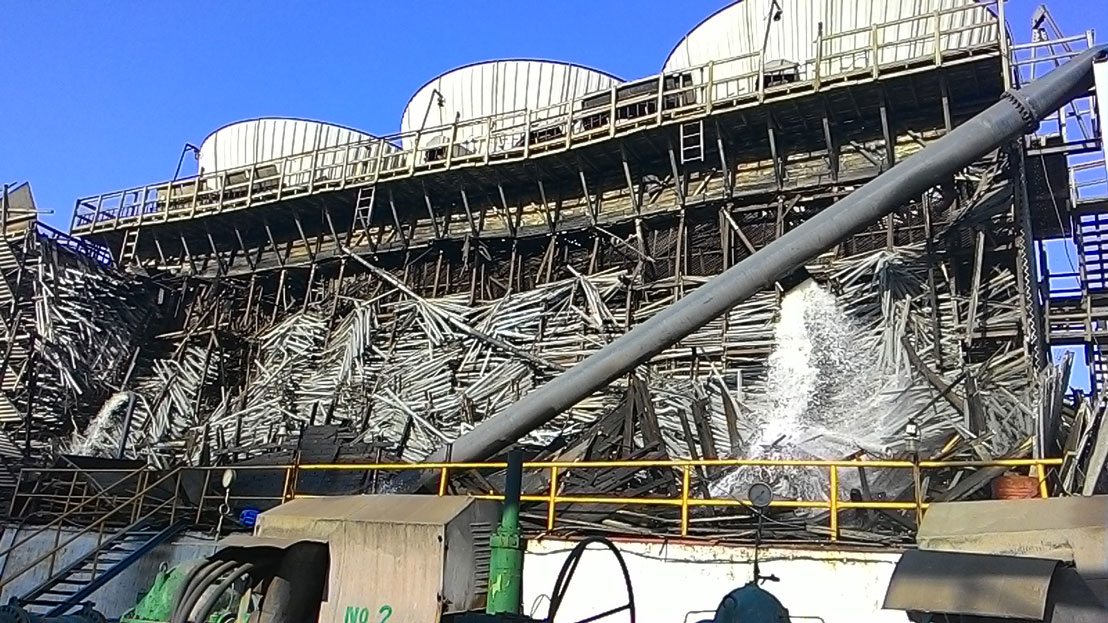 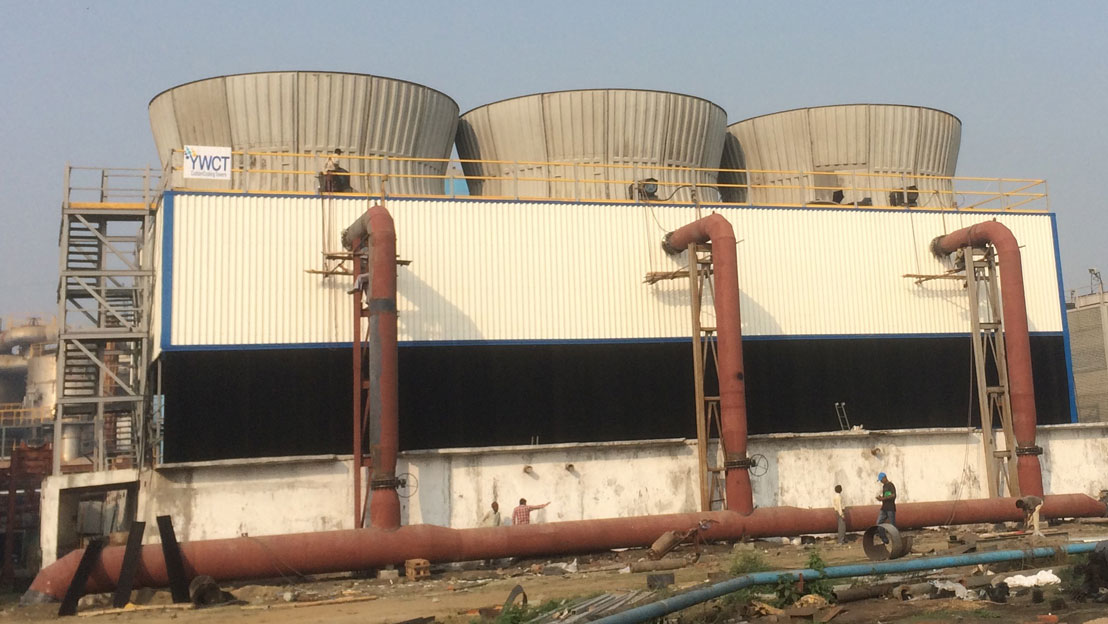 YWCT was asked to replace an old wooden cross-flow cooling tower which served a power plant in a sugar distillery in India. Engineering dept. designed a pultruded fiberglass counter flow cooling tower which fit the existing concrete basin. In order to minimize cost, existing revolving systems and fan stacks (which were in good conditions), were reused. The project was a bit delayed and when triggered, the team had only two months till crushing season starts. First, the local team disassembled the components to be reused. Then, the wooden infrastructure, which was in a bad condition, was dismantled. When demolition was completed, concrete basin was restored. In parallel, components (all but the fill purchased locally) were mobilized to the site. Pultruded fiberglass infrastructure was erected. The fill that was chose was HTP 25 by Brentwood, USA. This hybrid non clogging fill, which can be taken out for cleaning, was assembled on site and installed inside the infrastructure.

With high efforts the local assembly team, led by YWCT’s erection manager, was able to complete the work prior to the beginning of the crushing season, as planned. To complete the work and prevent biomass growth, our company designed pultruded FRP covers for all basin parts which were exposed to the sun.